Cloud-Init is the de facto multi-distribution package that handles early initialization of a virtual machine instance. Using Cloud-Init, configuration of network devices and ssh keys on the hypervisor side is possible. When the VM starts for the first time, the Cloud-Init software inside the VM will apply those settings.

Proxmox VE generates an ISO image to pass the Cloud-Init data to the VM. For that purpose, all Cloud-Init VMs need to have an assigned CD-ROM drive. Also many Cloud-Init images assume to have a serial console, so it is recommended to add a serial console and use it as display for those VMs. 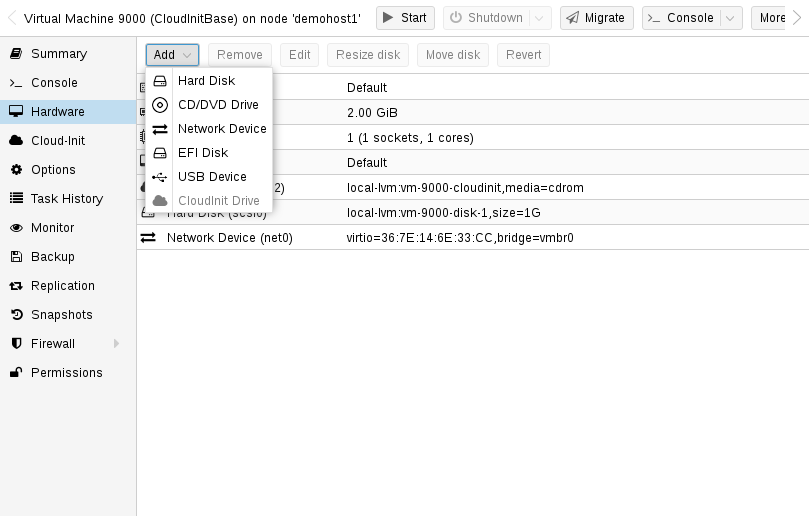 The next step is to configure a CD-ROM drive, which will be used to pass the Cloud-Init data to the VM.

To be able to boot directly from the Cloud-Init image, set the bootdisk parameter to scsi0, and restrict BIOS to boot from disk only. This will speed up booting, because VM BIOS skips the testing for a bootable CD-ROM. 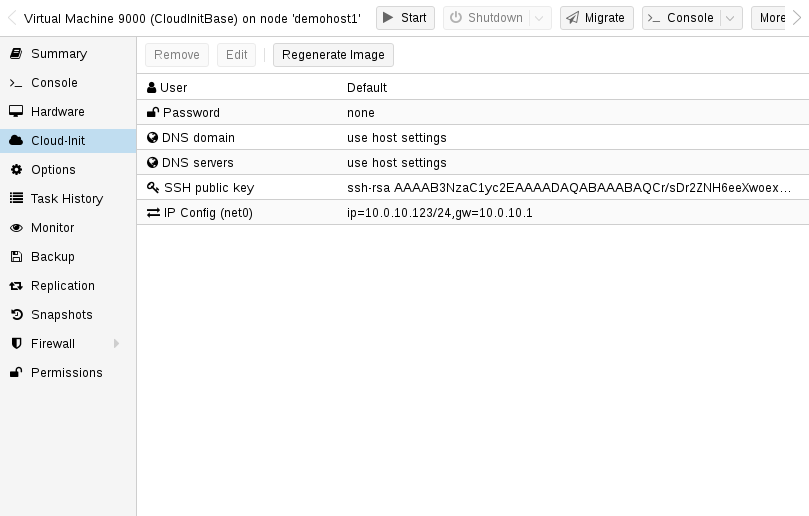 Specify a custom file containing all meta data passed to the VM via" ." cloud-init. This is provider specific meaning configdrive2 and nocloud differ.

Specify a custom file containing all vendor data passed to the VM via cloud-init.

Sets DNS server IP address for a container. Create will' .' automatically use the setting from the host if neither searchdomain nor nameserver' .' are set.

Sets DNS search domains for a container. Create will' .' automatically use the setting from the host if neither searchdomain nor nameserver' .' are set.