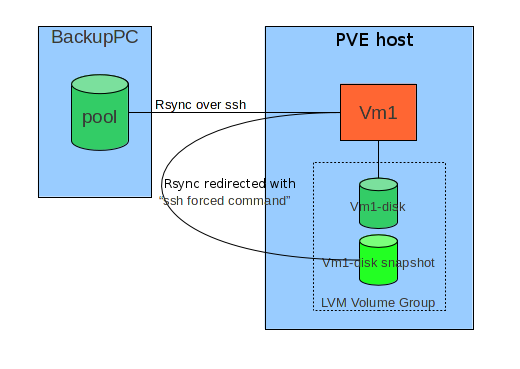 In the following pargraphs detailed configuration steps for a Windows host are shown.

where AAAAB3Nza... is the remote backuppc public key.