The qemu-guest-agent is a helper daemon, which is installed in the guest. It is used to exchange information between the host and guest, and to execute command in the guest.

In Proxmox VE, the qemu-guest-agent is used for mainly two things:

You have to enable the guest-agent per VM, either set it in the GUI to "Yes" under options (see screenshot): 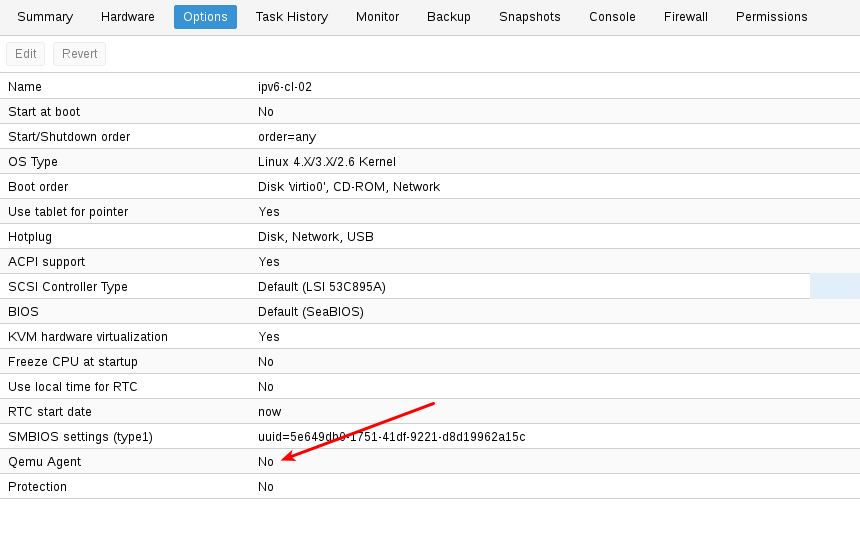 On Linux you have to simply install the qemu-guest-agent, please refer to the documentation of your system.

We show here the commands for Debian/Ubuntu and Redhat based systems:

on Debian/Ubuntu based systems (with apt-get) run:

and on Redhat based systems (with yum):

Depending on the distribution, the guest agent might not start automatically after the installation.

Start it either directly with

(should work for most distributions) or reboot the guest. 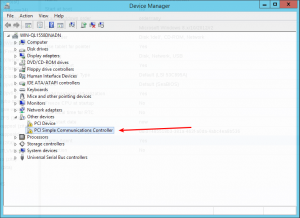 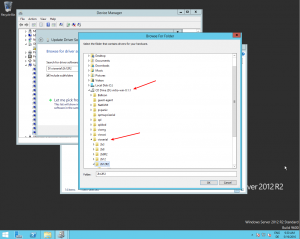 First you have to download the virtio-win driver iso (see Windows VirtIO Drivers).

Then install the virtio-serial driver:

After that, you have to install the qemu-guest-agent:

After that the qemu-guest-agent should be up and running. You can validate this in the list of Window Services, or in a PowerShell with:

If it is not running, you can use the Services control panel to start it and make sure that it will start automatically on the next boot.

Testing that the communication with the guest agent is working

if the qemu-guest-agent is correctly runnning in the VM, it will return without an error message.