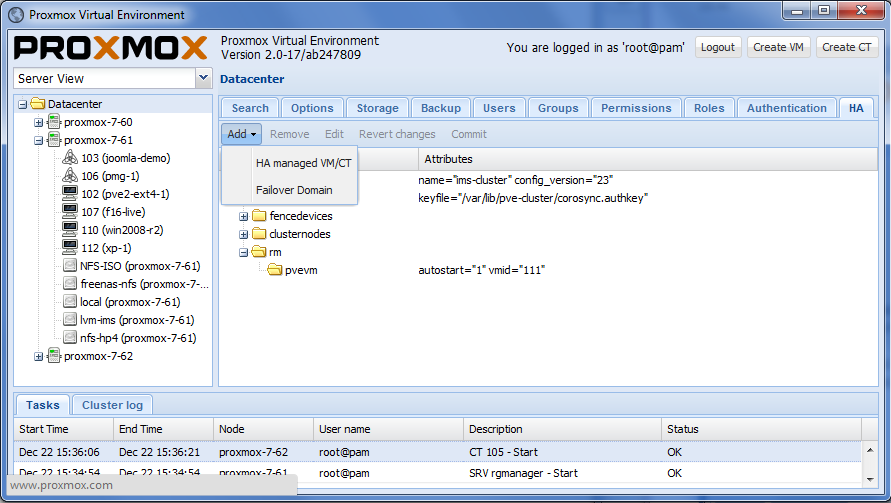 Fencing MUST work properly when a node fails to have HA working. Therefore, you must ensure that the fencing mechanism is reachable (there exists network connnection) and that it is powered (if for testing purposes you just pulled the power cord, things will go wrong). Therefore, It is strongly encouraged to have network switches and power supplies correctly protected and replicated using SAIs to prevent a lethal blackout